Technology constantly evolves, so our favorite websites, apps, and games are frequently updated. You may or may not count Facebook among your favorites, but if you have a Facebook profile, it is important to stay informed of all updates. This is especially true where your privacy is concerned.

Last year, Facebook gradually rolled out an update enabling group members to view the names of other group members who have seen a post in the group's page. What does this mean for users now and what other privacy changes can we expect from Facebook in the future?

Groups provide a space separate from a user's news feed for groups of people to communicate about shared interests. Anyone can create a group, and this person becomes the admin who controls the group's privacy and communication. Group members receive notifications by default when any member posts in the group, but you can turn this off via Notifications Settings.

Last year, Facebook implemented the 'message seen' feature, which is a read receipt allowing the sender of a private message to see whether the recipient has viewed the message. This feature was first rolled out to Facebook's iPhone and Android apps and gradually expanded to the web. These read receipts were intended to make messaging more conversational, but the rollout created a backlash from users. For the sender, read receipts are useful, because it enables them to see whether the recipient received and read the message. The recipient, however, may be put in an awkward situation if he or she cannot respond right away. For most people, short messages just need short responses, which are quick and easy to compose. However, long messages might require longer responses that take more time, so the sender is then left hanging. Facebook currently does not allow this feature to be disabled. Read more about Facebook Inbox Privacy.

The 'seen' feature is enabled for groups with up to 250 members, regardless of the group privacy setting. If a group grows beyond 250 members, you will no longer be able to see the check mark or list of members who have seen posts on the group page. This limitation is due to the initial idea behind groups. Facebook designed group pages to be used by small groups of people who want to interact about shared interests.

There is a slight catch with the read receipts in Facebook groups: they do not work exactly like they do when you send a private message. In the messenger, a recipient needs to click on the message to read it. The sender then knows the message was actually read. In a group, however, a group member does not need to read the post or click on a link. The post is marked as 'seen' as the group member scrolls through the page.

Facebook's Help Center states, 'Just keep in mind that if people see a group post or message, it doesn't always mean they had the chance to read it carefully'.  This means that your post appeared on the group's page, but it might not have been read by anyone.

This is a useful feature for both admins and members. For example, the admin of an intramural sports group may post a new practice time on the group's page. The 'seen' feature will enable the admin to make sure everyone knows about the practice time. Additionally, group members can use this information to determine whether a topic is interesting enough for group members to spend time reading and which topics draw more 'likes' and responses.

Will This Be Implemented In The News Feed?

Facebook has not indicated whether the "message seen" feature will appear in a user's news feed. If it were implemented in the news feed, it would be almost impossible to track if a post was viewed. The user would need to click on the post to ensure it was actually read and not just 'seen.' Otherwise, any tracking would only indicate that the user scrolled the feed. Facebook received considerable backlash from users and privacy advocacy organizations over issues with group privacy, so we may never see this feature in our news feed. 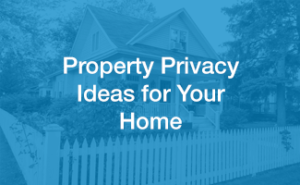 Property Privacy Ideas for Your Home
By
Matt Halpin

App Privacy: Are You Up to Speed on the Latest Guidelines?
By
Celeste Tholen

11 Online Privacy Statistics You May Not Know
By
Celeste Tholen 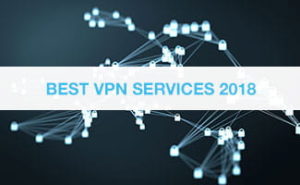 Protect Yourself Online with a VPN: Our Review of the Top VPN Companies
By
Brianna Jensen