skip to main content
We may earn money when you click on our links. Learn More.
Get Home Security
Home » Home Security » Funlux Cameras Review: Worth the Setup Hassle?

If you think Funlux security systems look eerily similar to Zmodo systems, that’s because they are. Funlux is a trademarked brand of Zmodo and seems to be part of an effort to rebrand their product, considering Zmodo doesn’t have the greatest reputation among Internet reviewers.

We reviewed the 4 Ch 720P Wireless Security System with 500GB HDD, which Funlux currently lists for $199.99. This is an extremely affordable price for a 4-channel system with built-in storage.

Summary : Funlux is an affordable DIY camera system with room to improve. We had trouble getting ours to work. With better customer service and troubleshooting this system could rise significantly.

How much does Funlux cost?

How easy are funlux cameras to setup?

This system was fairly easy to set up and install. Funlux advertises a two-minute setup on the box, which, after having gone through the process, we find to be a little overzealous. Just getting all the gear out of the box took me more than two minutes. Once I unboxed everything it really was an easy process. I followed this setup video found on the Funlux website:

The video neglects to inform you that the MeShare app only works with an iPhone 6 or Android 2.3 or newer. However, if you have one of these mobile devices, the setup is really as easy (in theory) as the video shows.

I ran into a really frustrating issue as I tried to set up this system. It was super easy to find and connect the system through the MeShare app. However, once I had connected the kit, it would not register the Wi-Fi cameras.

My experience, screen-by-screen, went a little something like this:
Naming the device after it has been added to my network.
Adding the Wi-Fi cameras.
Searching for Wi-Fi cameras...
I repeated the setup process step-by-step a few more times to make sure I hadn’t missed something, and got more of the same. This time, however, I was able to see how the app would display a video feed if the cameras were connected.
This screen appeared after I selected the “Quit” option while waiting for the system to pick up the cameras.
Clicking on the individual cameras to try and connect them separately didn’t seem to work either.
Connection timed out. Please make sure that your WiFi password is correct and that you are using a 2.4GHz connection with a WPA/WPA2 encryption. You can also try moving your device closer to the router, and try again.
Up until this point I had been connected to a 5GHz connection with a WPA/WPA2 encryption, so I deleted the kit from that network and changed my phone over to the 2.4GHz network with the same encryption. I also moved the wireless cameras as close as possible to the router.
Switched networks to 2.4GHz
Four WiFi cameras as close to the router as possible.
Still no connection.

Things to watch out for during setup

Do Funlux cameras run on AC or battery?

This was a huge bummer for me. I keep waiting for a company to develop a functional, battery-powered Wi-Fi camera. Though battery-powered cameras have their own pitfalls, it would be nice to have the option. As it stands, each camera needs to be plugged into an outlet, which is pretty standard, but extremely limits where I can place them outside my home. The few AC power outlets outside my house are easily accessible (on the front porch and back porch). A battery option could serve as a backup in a power outage situation or if someone unplugged the camera.

When a camera senses motion or picks up an image, it triggers the system to send an alert to your phone. We were, however, unable to test this feature ourselves because the Wi-Fi cameras failed to connect with the main device, despite considerable effort on our part.

How do I monitor Funlux footage?

The main source of monitoring is through the MeShare app for your mobile device, available on both the Apple and Android stores. The system requires setup through this app but allows you to access your footage on a monitored display, as shown in the video.

Problems connecting the Wi-Fi cameras meant I got to experience the Funlux customer service firsthand, which was less than impressive. In fact, as of the time of this writing, I’m still waiting to hear back from their tech support. Funlux support needs to improve in several areas before we’d feel comfortable recommending their product.

"Very easy setup. Clarity is not HD when zoomed in, but great for basic security." —Christine Ponticelli on January 20, 2016

"Completely disappointed in these. Install was easy, app sucks always crashes. Cameras always lose picture. I had two cameras stop working and spent over an hour on the phone with customer service. They were supposed to send me boxes to return the cameras…its been 3 weeks and no box. Complete junk and useless. If I can still return them I’m gonna do it right now. DO NOT BUY." —Ray H on December 26, 2015

"The only positive point is that the cameras are wireless. I had to do the installation a couple of times before I could get all 4 cameras to work. Got that done just before taking a trip. I was able to get the Meshare app to run on my Iphone and Android phone. The motion detection is a joke. Either I missed the ‘motion’ entirely, or got it occasionally. As a point to that, my dog sitter was in every morning to feed the dogs, over the course of 2 weeks, she triggered the motion sensor only 2 days. The day she vacuumed the house, she never triggered it at all. One camera is overly sensitive, it took pictures of the air moving … One camera is useless for motion detection … One camera was so slow to react that it missed the cars, UPS van and FedEx vans entirely… One camera seemed to work pretty well … All in all, I am sorry I purchased this – it is NOT worth $400 … get something else." —Sandra L. Young on December 7, 2015

Many things impressed us about the Funlux 4-Channel. Reasonable pricing, easy setup, and lots of hard drive space make this system very intriguing. The technical issues we experienced with connecting the wireless cameras are completely solvable and could be explained simply as malfunctioning equipment. Ultimately, the technical issue we ran into wasn’t nearly as frustrating as the inability to solve the problem. We cannot recommend the Funlux wireless system until there is better technical support in place.

So what cameras do we recommend?

You can find affordable security cameras all over the web. Although this particular Funlux system left something to be desired, we have compiled a list of our top security camera picks. Whether you’re looking for individual cameras, wireless, or even multi-channel systems, you can find something that will meet both your budget and your surveillance needs. 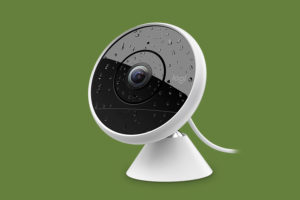