skip to main content
We may earn money when you click on our links. Learn More.
Get Home Security
Home » Safety » Safe Travels: A Guide To Safe International Travel

As methods of transportation have improved, traveling has become increasingly popular. Just because transportation methods have improved, does not mean that travelers should let down their guard. Whether traveling to a neighboring state or a foreign country, there are many tips to heed to ensure safe travels. Since traveling abroad is by far the most taxing for travelers, below we will take a look at what you can do to help make sure that you have safe travels in any foreign country.

Travel advisories don't always mean an entire country is off limits. Warnings may advise against travel to a particular area or suggest you don't roam an area after sunset.These warnings may also be issued for instances when the government cannot reach a U.S. citizen due to an embassy or consulate being closed.

After ensuring that an area is safe for travel, United States citizens are advised to register with the Smart Traveler Enrollment Program. This program was formerly known as the Registration with Embassies Program. STEP, as it is now known, is a free service that has been established by the United States government. The program is meant to keep Americans safe during their time abroad. After registration you get travel warnings and alerts for the area you're traveling to. The whole idea is to provide assistance to you if there's an emergency.

Becoming Familiar with an Area Before Travel

It is important to become familiar with an area before traveling. This includes knowing where the U.S embassy or consulate is located, researching crime trends and current situations in the area you are visiting and becoming familiar with the area's culture.

The Importance of the U.S Embassy or Consulate When Traveling Abroad

Many U.S. citizens who travel abroad are unfamiliar with the importance of the U.S. embassy or consulate and what these institutions can do for a U.S. traveler in a foreign country. While the great majority of travelers never travel to a foreign country with the intent of getting in to serious trouble, sometimes these situations arise. In the event that a U.S citizen gets in to serious medical, legal or financial difficulty, U.S consular officers can assist. These officials do not act legally as counsel or representation; however, they do provide information on local resources such as doctors and attorneys, issue loans and provide information on dangerous conditions in an area.

The U.S embassy or consulate does not only act in emergencies, they also have access to routine information that can be helpful to U.S citizens. Particularly for U.S citizens living abroad, the embassy or consulate helps to conduct absentee voting, selective service registration and filling in U.S tax forms. Consulates also have the power to act as notaries, register U.S children born outside of the U.S and issue passports.

It may sound ridiculous to research crime trends for an area that you are visiting for a few weeks on vacation, but it is important. In some areas where tourists are frequent, con men and purse snatchers are thriving on the tourist industry. Becoming familiar with common scams and crime patterns can help you to avoid becoming a victim while traveling. For example, some areas have particular streets that are notorious for purse snatching, some areas experience drastic increases in crime after sundown and some areas have a high population of scam artists preying on tourists. This type of information can generally be found by scouring the internet or reading up on tourist guidebooks.

The term "current situations" generally refers to political or religious unrest but it can also include situations such as economic difficulties. All of these elements can lead to dangerous situations if tourists are unfamiliar with them and innocently misstep during conversation or in their actions. For example, a tourist visiting a country experiencing friction between two religious groups may innocently ask about a particular religion's practices. While this inquiry may be innocent, for any locals overhearing the topic it may be enough to spark argument or even violence.

Becoming Familiar with an Area's Culture

One of the most important things that U.S travelers can do when traveling abroad is to become familiar with an area's culture. This is particularly important in areas that have strong religious beliefs such as the Middle East. For a woman to travel to a country where culture deems it inappropriate to have her legs showing and to wear a short dress or skirt is considered disrespectful. Locals may interpret this disrespect as a slap in the face both to their culture and to their beliefs and this can spark friction, violence or in some cases arrest. It is important to remember that while traveling to a foreign country one must adhere to local customs as much as possible. That is not to say that all beliefs should be abided by, for example you should not feel forced in to consuming foods that are unappetizing to you, rather simply be respectful when declining. In some cases, such as dress code, it is best to abide by local custom as not doing so would show disrespect.

For U.S citizens traveling abroad there is always the desire to take everything abroad with them and bring home a souvenir, but when doing so it is important to be familiar with customs regulations. Know what is and what is not acceptable to transport from country to country. Some of the items that may cause difficulty for travelers include: animals, plant life, food and medications. The restrictions are meant to prevent the importation of non-native plant or animal live to an area. The perfect example of this is the introduction of rabbits in to Australia. As a non-native species in Australia, rabbits began to decimate plant life, thus affecting native species that depend upon that plant life for sustenance. There is also the concern of accidentally introducing new disease, illness, bacteria and even biological warfare agents in a country where they are not currently present. Whether done accidentally or on purpose, these items can be imported through a variety of means and can devastate a country so they are strictly controlled through customs regulations.

Health warnings are an important part of safe travel which is why U.S travelers are always advised to visit their general practitioner prior to travel. Here are some general rules/tips to follow to stay on the up and up.

You want to keep all of your financial cards and personal documentation especially safe when you're traveling. Losing a credit card or passport is one of the worst scenarios you could endure while trying to enjoy a new place. Here are some tips for traveling with credit cards.

Traveling abroad with children takes even more vigilance than a normal trip. In addition to all of the tips above, here are some steps for keeping your children safe.

What traveling tips do you have? 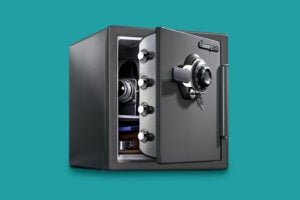 The Best Home Safes to Protect Your Valuables
By
Rachael Clemmons 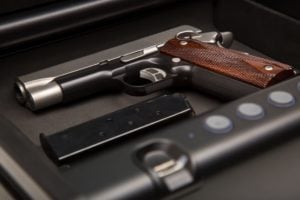 Gun Safe Reviews: What Are the Best Gun Safes in 2020?
By
Matt Halpin 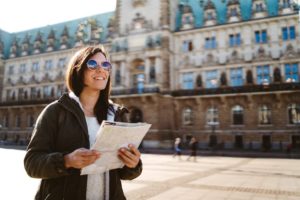 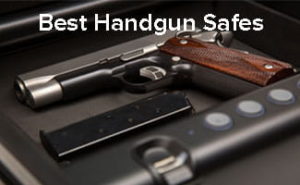