skip to main content
We may earn money when you click on our links. Learn More.
Get Home Security
Home » Home Security » How Much Does SimpliSafe Cost?

How Much Does SimpliSafe Cost?

SimpliSafe offers simple, no-contract home security solutions that are both flexible and affordable. Whether you choose basic or comprehensive monitoring, or a bundled package or one that you build yourself, SimpliSafe has good options that won’t break the bank.

Read on to see how much SimpliSafe costs, the price of equipment and monitoring plans, and how SimpliSafe stands up to the competition. 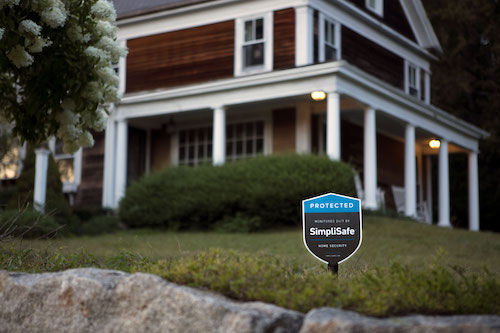 How much is SimpliSafe?

Compared to traditional, professionally installed home security systems like ADT, SimpliSafe is extremely affordable. That’s because SimpliSafe takes the DIY approach. You can set up all the equipment by yourself without scheduling and paying for a professional installer to do it for you.

SimpliSafe offers its equipment in bundles, starting at $229. Professional monitoring starts at $14.99 per month. To learn more about the price of SimpliSafe plans and equipment packages, read on.

SimpliSafe gives you the option of building your own system or choosing from one of its bundles. Either way, all packages include a base station with a 95dB alarm—that’s as loud as a power lawn mower—and a wireless keypad that you can stick next to your door with a paint-safe adhesive. 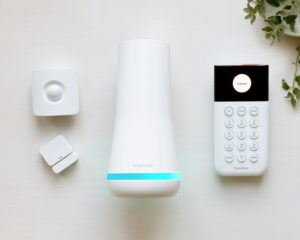 Priced at $229, the Foundation is a basic package that works well for renters, especially in an apartment or a small space. In addition to the base station and the keypad, you’ll also get one entry sensor and one motion sensor. 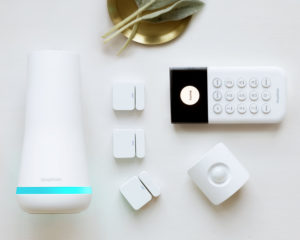 The Essentials—priced at $259—covers just that: the essentials. For most homes, it will cover all main entry points, with three entry sensors for your doors and windows and one motion sensor.

The Keep gives your home comprehensive coverage with an indoor camera that helps you keep an eye on things, even at night. For $443, you’ll get five door sensors, two motion sensors, a SimpliSafe camera, and a key fob. The key fob works just like the one for your car, disarming your home with the touch of a button when you’re nearby. 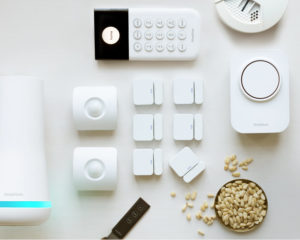 The Knox is a good fit for large homes, so if you have four or more bedrooms, this should be your pick. For $449, you’ll get six entry sensors, two motion sensors, an alarm with a 105dB siren (that’s as loud as the front row of a rock concert), a key fob, and a smoke detector. 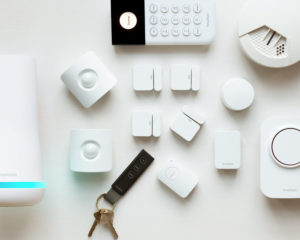 If you’re looking for comprehensive disaster protection, the Haven, $489, gives you the tools to monitor your home environment, from frozen pipes to fire detection. You’ll get four entry sensors, two motion sensors, a siren, a key fob, a panic button, a freeze sensor, a water sensor, and a smoke detector.

SimpliSafe offers smart home integrations with August, Yale, Alexa, Apple HomeKit, and more. So if you already have an August Smart Lock Pro, you can integrate it with your SimpliSafe security system.

Whether you choose to build your own bundle or pick one of SimpliSafe’s, there’s still a lot of room to customize. Each home needs only the one base station and keypad, but beyond that, you can tailor SimpliSafe’s offerings to your home and add on however many sensors, key fobs, or sirens you need.

If you have more windows, you might want to grab some additional entry and glass-break sensors . And if you have more than one high-traffic area in your home, you can get an extra motion sensor or another SimpliSafe camera (the SimpliCam) to keep you in the loop.

Each floor of your home should have a carbon monoxide detector, so factor that into your budget. And if you want more coverage on your porch, you can add a doorbell camera : its two-way talk  feature lets you talk to whoever’s on your porch, even if you’re not home.

SimpliSafe’s third-party integrations are somewhat limited. You won’t be able to use any Z-Wave or Zigbee smart home devices  with your system. But August, Yale, Alexa, and Apple HomeKit all work with SimpliSafe. 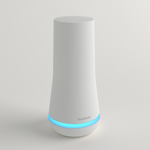 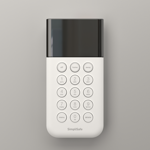 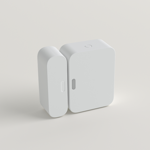 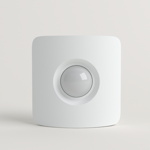 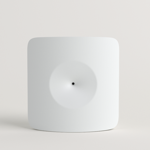 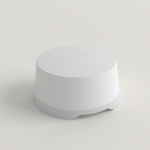 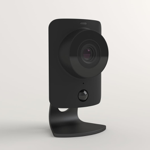 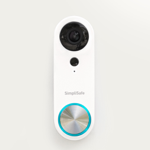 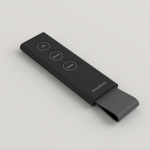 SimpliSafe has two monitoring tiers: Standard and Interactive. The Standard plan costs $14.99 a month and covers the basics, with 24/7 live monitoring, motion detection, and environmental monitoring. The Interactive plan runs $24.99 per month and is more comprehensive, adding mobile access and video monitoring with unlimited camera recording.

If you want to forgo professional monitoring all together, you can purchase a SimpliSafe camera on its own and self-monitor—meaning you’ll be responsible for calling the authorities in case of an alarm .

At $14.99 a month, SimpliSafe Standard is one of the most affordable home security plans available. With it, you’ll get 24/7 live monitoring with a cellular connection to emergency responders. That includes environmental monitoring: SimpliSafe contacts the fire department when it detects fire with the SimpliSafe smoke detector, and it alerts you to dangerous swings in temperature—that way, you can catch freezing pipes before they burst and cause expensive water damage.

The app lets you use your phone to arm and disarm your system, check the status of your alarms and sensors, and get customizable alerts with real-time notifications (so you know when your significant other armed the door, or when they forgot to).

Since SimpliSafe installation is DIY, it’s also free. Installation is pretty straightforward and should only take about 15 minutes.

Is SimpliSafe cheaper than other home security systems?

Compared to other DIY security systems, SimpliSafe offers some good coverage at an equally or more affordable price. Its main drawback is its relative lack of home automation.

SimpliSafe can offer such competitive pricing because it doesn’t offer much in the way of home automation support, like a SimpliSafe smart thermostat or smart lock that you can control from the SimpliSafe app. Other home security systems, like Frontpoint, cost more because they have more comprehensive coverage and unique features.

SimpliSafe vs. Frontpoint: Cost and coverage

While SimpliSafe’s lowest monitoring cost is $14.99, you’ll have to pay $49.99 per month for Frontpoint’s lowest tier of service. Frontpoint also charges a lot up front for equipment (although they've lowered it over time)—$129.00 for The Safehouse package versus $229.00 for SimpliSafe’s Foundation bundle.

SimpliSafe has an advantage with its no-contract policy—you can cancel any time, and if you feel like SimpliSafe isn’t a good fit, there’s a 60-day money-back guarantee on equipment. Frontpoint, on the other hand, charges a fee amounting to 80% of your contract if you cancel before your three-year contract is up.

Still, Frontpoint offers much more comprehensive coverage and higher-quality equipment than SimpliSafe. We recommend it if you want a more thorough home security system with high-quality products that you can install yourself. You can read more about Frontpoint in our full review.

SimpliSafe vs. Cove: Cost and coverage

Like SimpliSafe, Cove offers affordable equipment and easy DIY installation. Its pricing is pretty similar too. Both have monitoring plans that start at $14.99 per month, and both let you choose the equipment you want to use—so you don’t have to purchase extra sensors you’ll never use.

Cove also lets you choose whether you want to purchase your security system up front. If you do, you can opt out of a contract, and it’s still pretty cheap: a standard alarm system paired with a year’s worth of Cove’s most expensive monitoring package comes out to just $600.

If you’re more interested in offsetting up-front costs, you’ll spend an extra $10 a month on monitoring. You’ll also be locked into a contract for 36 months. Read more about Cove in our full review.

Nest combines the best of both worlds with a fully DIY experience and high-quality equipment. Nest also offers an outdoor camera—something SimpliSafe doesn’t. But the equipment quality will cost you: Nest Detect sensors, which function as both entry sensors and motion detectors, are $49.00 each. Compare that to SimpliSafe’s motion detectors, priced at $29.99.

SimpliSafe is one of the cheapest home security options out there. If you’re renting or you live in a small home, its lack of contracts makes it a flexible choice. It offers sleek, aesthetically pleasing equipment and reliable monitoring at a fair price. 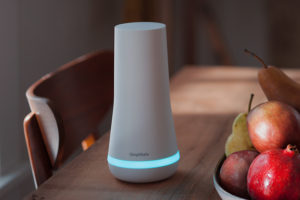 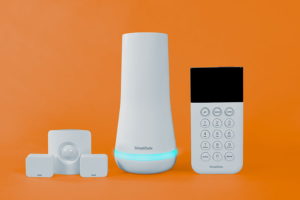 Alternatives to SimpliSafe: 5 Other DIY Options
By
Brianne Sandorf 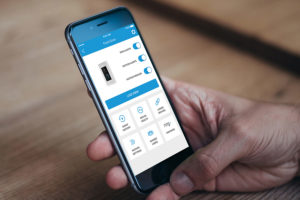