skip to main content
We may earn money when you click on our links. Learn More.
Get Home Security
Home » Safety » Surviving in Public with Situational Awareness Training

** This article was a contribution from guest author: Greg Leimone, and will remain in its original state: first written in 2012, after the tragic events that took place in Aurora, Colorado. We thank him for his service and his valuable insights into situational awareness.

In light of the recent tragic events of Aurora, Colorado, this article is sensitive but is also not meant to "Monday morning quarterback" anything that was done or not done on that fateful day. In fact, our assessment of the event has revealed some very heroic and impressive decisions made by those in the theater; some of which ultimately led to the death of those making them. Several victims were killed or seriously injured because of their decision to act as a human shield for their loved ones, a sacrifice that is beyond most people's comprehension or capabilities.

So, before we discuss what you can do to stay safe in a similar scenario, let us begin by saying that our thoughts and prayers go out to all who were affected by this terrible tragedy. As practitioners of security, workplace violence prevention and similar subjects, we constantly read and study events such as these but the stories still hit close to home and it causes us great pause when we are home with our own loved ones.

As a former law enforcement officer, I had to make split second decisions that defense attorneys and the public could take years to assess, analyze and pick apart. Since police and military do not have the luxury of taking extra time in violent or disaster scenarios, much more emphasis is put on training and preparation. We undergo drills and scenarios so that we react instinctively and almost subconsciously, utilizing training and experience to respond effectively and successfully. The goal of this article is to share some of the basic components of situational awareness training so you can increase the likelihood you will survive in a mass shooting or similar violent event.

We plan a lot of things in our life, but unfortunately we usually neglect to take this step in a scenario where it may save our lives. This doesn't mean you have to create a 40-page disaster response guide before going to the coffee shop, but do give consideration to the route you take, time of day, crime in area, current events and/or other factors which can increase your risk of victimization. You already do this on a much smaller scale; surely you occasionally avoid a certain road at a certain time because you know the traffic will be terrible or there is that one stoplight that seems to stay red for eternity. Just take this same time and attention to consider other factors and do it every time you walk out the door. Your chances of being the victim of a violent incidence is low, but at a minimum this type of planning will definitely save you time and/or other frustration because you took the time plan ahead.

I won't let this article get on the gun debate topic; it is simply too heated and will surely get off tangent (although I do have a fairly strong opinion on it). However there are other items that I always carry with me and they can serve a multitude of purposes:

It isn't enough to just conduct the planning and preparation when at your home, because circumstances and situations change constantly and it is very critical that you create contingency plans along the way.

Situational awareness training is one of my most favorite topics to share with people and it is explained in many ways but I think that "Coopers Colors" is the best way to understand the concept:

It would be sheer opinion for me to say which mode you should be in and during what activities. And, there would be others who would dispute my thoughts. However, I stay between yellow and orange the vast majority of my daily life. I have spent plenty of time in red, mostly as a law enforcement officer, but I rarely am in white and have never been in black. The important thing to remember is to find a level that allows you some piece of mind, but protection from what could happen.

My wife is very accustomed to my "quirks", so much so that she is often my spokesperson when needed. She has learned that no matter what, I have to sit with my back against the wall facing the entry points at any public place. At first she thought I was just being weird until she noticed how completely uncomfortable I am during an entire meal if made to sit otherwise. So now she will ask our dinner companions to move to the other side if they get to the table before we do; now is that a great wife or what? Of course, not everyone can sit with their backs against the walls, so just make sure you get this prime location before someone else does.

Some helpful tips for conscious observation

Thankfully, mass shootings do not occur often although they do happen with more frequency than most people realize. However, with good planning, preparation and assessment you can be more responsive to yourself and others regardless of whether you are caught in a mass violence incident or any other emergency scenario.

Sentinel Consulting Group, LLC is a full service security consulting, investigative service and executive protection company headquartered in NC but with an extensive network of agents across the United States and abroad. The management team is comprised of former law enforcement officers with prior experience in disaster response, personal safety, corporate & criminal investigations, & crime prevention. Learn more about their service offering by visiting: www.scgsecurity.com

If you enjoyed this article and are seeking a better way to arm your home, we regularly conduct audits to make sure our recos are up to date. Our #1 pick right now is Frontpoint Security as the best of the best and we suggest you start by getting a free quote. And, you can try it out for free for 30 days so it's really no risk to you. 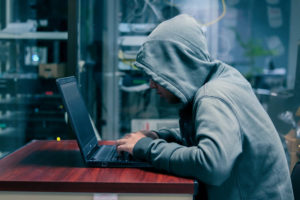 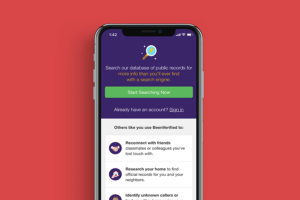 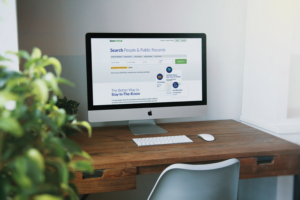