skip to main content
We may earn money when you click on our links. Learn More.
Get Home Security
Home » Safety » Stranger Danger: Rethinking How We Talk to Kids About Safety

Stranger Danger: Rethinking How We Talk to Kids About Safety

We have a tendency as parents to oversimplify ideas when we teach our kids, especially when teaching them about safety. We use catchy sayings like “stranger danger” or “don’t talk to strangers” to encourage our children to be mindful of potential danger. While the intent is admirable, it may cause more harm than good. In this article, we’ll rethink how to talk to kids about safety by explaining why stranger danger isn’t the best method and focusing on how to instill confidence, rather than fear, in your child.

Stranger danger does not teach your child safety; it teaches them mistrust. The term “stranger danger” attempts to paint safety in black and white by telling your child that anyone they don’t know is dangerous. Lumping all strangers into the dangerous category can give your child a false sense of helplessness when they inevitably encounter a stranger on their own. In many situations—if they’re lost, being threatened, or someone is following them—the safest thing your child can do is ask a stranger for help. You can prepare your child for these scenarios by teaching them the difference between good strangers and bad strangers.

Teach your children to be cautious of anyone they don’t know, but don’t teach them that all strangers are bad. Children think of strangers differently than we do. Think about who your child interacts with day-to-day. Who they consider to be a stranger may be different than you think.

My brother and his family live in Seattle. We see them maybe twice a year for family events and holidays. When my brother tries to talk to my three-year-old, she reacts as if he were a bag of scorpions. However, when we go to the bank, she’ll talk to the teller like he’s family because she sees him every week.

Do I know or trust the bank teller? Not beyond basic financial transactions. Would I leave my daughter with my brother over the weekend? Absolutely. But if I had the bank teller and my brother stand side-by-side and asked my daughter which one is a stranger, she’d say my brother, because he is unfamiliar to her. At three years old, she doesn’t grasp the concept of trust like we do, so instead we’re teaching her to recognize good strangers that she can ask for help.

Who is a good stranger?

A good stranger is someone your child can ask for help if they need it. Help your child distinguish between good strangers and bad strangers by focusing on what they can look for. Take the opportunity while you’re in public to point out examples of good strangers for your children. Take turns and have them practice identifying good strangers to you so you can get a feel for their understanding. Be sure to emphasize that they shouldn’t approach just anybody.

Describe easily recognizable good strangers that your child can look for:

By practicing with your children, you are instilling confidence. You’re empowering them to know how to protect themselves from danger by identifying and contacting a good stranger. Keep in mind that there’s no foolproof way to know someone’s intentions just by looking at them. Teach your kids to be cautious, even when talking to good strangers, and stick to simple safety rules.

>>We did a study to find out which metro areas have the most police and firefighters in the U.S.

What makes a bad stranger?

A bad stranger is someone who tries to get a child to do something without their parent’s permission. Unfortunately, it’s not as easy to point out bad strangers in public, but you can familiarize your child with some common warning signs to identify a bad stranger:

Communicating clearly and specifically to your children about your expectations again instills confidence in them. Tell them what they should do, rather than what they shouldn’t do.

Communication is key, but sometimes it’s hard to know where started. Try breaking the ice with a children’s book about safety.

All kinds of books about stranger danger have been published, but I recommend focusing on the books that help empower children to know what to do rather than what not to do. Here are a few of my favorites for various age groups: 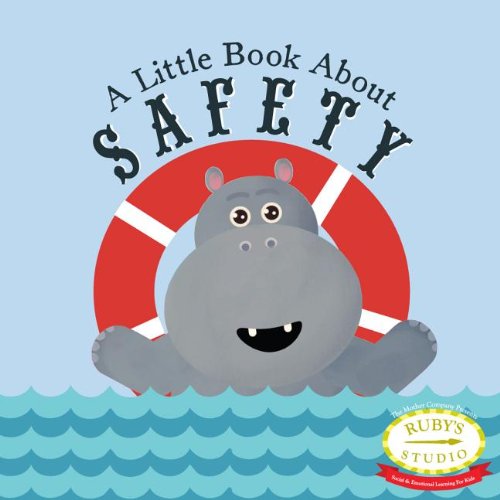 In A Little Book About Safety, little Hugo Hippo faces many scenarios in which he has to make good safety choices. By using relatable situations and loveable characters, authors Kurtzman-Counter and Schiller help children learn about personal safety in a way that’s both memorable and empowering.
View on Amazon
Ages 4-8 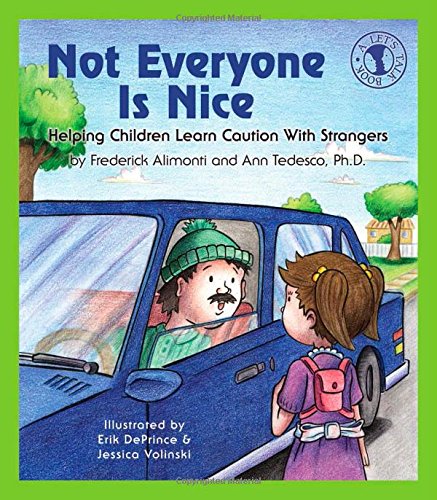 Not Everyone Is Nice: Helping Children Learn Caution with Strangers tells a story about how Kathy almost made a terrible choice when she was approached by a stranger after school. Kathy’s parents take the opportunity to discuss safety by using examples of pretty animals or plants that are actually dangerous to teach Kathy that looking or acting nice doesn’t always mean someone is safe.
View on Amazon
Ages 6-9 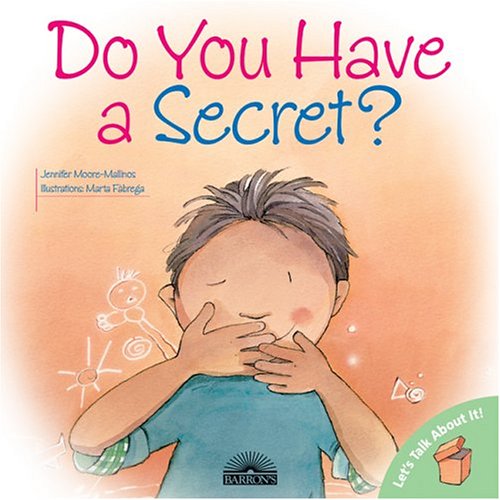 Do You Have a Secret? empowers kids to communicate their feelings by encouraging kids to talk openly with their parents about their anxieties. This book teaches kids the difference between good secrets, like surprises, and bad secrets, like someone making them feel or do something bad. This book is excellent for elementary-aged kids.
View on Amazon

Teaching kids about safety is not a one-time thing. It will take constant practice, reminders, and reinforcement. Keep an open dialogue with your kids about their safety and what they can do to protect themselves by pointing out good strangers and other safety opportunities in your everyday interactions.

What are your thoughts on stranger danger? Have you had any experiences that can help others keep their kids safe? Let us know in the comments. 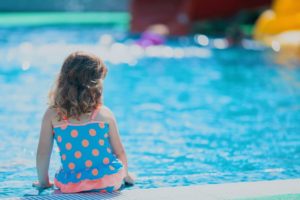