By Celeste Tholen
Researcher & Writer
See all articles
Share Article
If you recently bought a home that already had a wired home security system, you may be able to save a significant amount of money and take advantage of your security system by having a professional customize it. We can tell you how you can re-activate your home security system and take advantage of your existing equipment while adding additional wireless equipment to cover dead spots in your home, if necessary. We've seen security systems like ADT, Link Interactive, and Brinks offer monitoring and home automation services for existing equipment.

How secure is a wired home security system?

Let's examine the security of a hard-wired alarm system.

From wireless alarm system promoters you may typically hear, "With a wired system, you also have to worry about the wires being cut and power outages, which are not issues on a wireless system." This is not necessarily true, for the following reasons:

To state that a "hard-wired alarm system is disabled by cutting wires" is the same thing as saying that a "wireless alarm system is defeated by pulling a wireless sensor off of the wall". This is not how these respective alarm systems work.

So which wires should you be worried about being cut? Communication wires are a concern, not the hard-wired alarm system's device wiring: The only wires to be concerned about are any wires which either alarm system (hard-wired or wireless) might be using to communicate to a monitoring station, such as a telephone line. If you have a wireless means of communication (such as a long-range radio or cellular communicator) between your home and your monitoring station, then you have no wires to worry about being cut—with either a wireless or a hard-wired alarm system.

Every alarm system has a rechargeable back-up battery that “takes over” in the event of a power failure. If the power outage lasts for several hours, the rechargeable battery will eventually be “used up” by providing electricity to the alarm system.  When this battery runs out of power, the alarm system’s control panel (hard-wired or wireless) will cease to function – – even if there is remaining battery life in the individual wireless sensors (wireless door contact, wireless motion detector, etc).

Advantages of wired vs wireless systems

If you move into a home that has a wired system already installed, there are some advantages of using that system instead of installing an entirely new one.

Disadvantages of wired vs wireless systems

The only disadvantages are that the system may be outdated and need some revamping and updated, replacement equipment. Additionally, you might encounter a possible limitation of equipment if your wired system does not support the newer wireless equipment and technologies you might want.

A hybrid alarm system allows you to take advantage of your home's pre-wired security system and add on any wireless equipment needed. Our guess is that if you have a wired alarm system, you only have an empty metal cabinet with the Honeywell (or other) logo on it, being used as a termination point for all of the alarm wiring that was passed throughout your home.

Alarm installing companies in your area will advise you on the choice of other alarm panels that you can choose from (including Honeywell). Because every one of these systems is going to be highly individual to your situation - existing equipment, desired equipment, and desired level and type of monitoring - we cannot cover every possible combination here, but encourage you to contact a local alarm company or the original manufacturer of your wired system to see what your options are.

The good news is, in most situations, you will be able to have almost ANY alarm feature or service currently on the market that you desire, such as interactive services, text messages sent to your cell phones and a wireless communication means of sending alarm signals to a monitoring station, with a hybrid (combination hard-wired and wireless) alarm system installed into your pre-wired home. You might also have the option of adding home automation features that may not have been available when your wired alarm system was installed. But make certain to check with the company your wired equipment comes from: in some cases, the possibility for a hybrid system simply does not exist.

This is a popular topic that we often get questions about in our comment section. Below are some of the common questions we have received about hybrid systems. We also suggest scanning the comment section further for any new comments that may not be included in this section, and as always, ask us any questions you still have about this subject.

It's possible for you to use a wired security system with new wireless components—Honeywell is known for doing this. It's important that you first find out what company your wired system is from. Once you have that figured out, contact them and discuss adding wireless components to your system. Not many wired alarm systems are being installed nowadays, so fewer and fewer companies deal with them. Also, few companies do hybrid systems at all. In fact, researching for this article was challenging because there is little information out there about them, so we were unable to find general pricing information or other more specific information about what wired equipment works with what wireless equipment. If you contact the manufacturer of your pre-existing wired equipment and find that you are not going to be able to create the system you want, be sure to check out newer systems and what their capabilities are.

We suggest taking a look at our best home security systems reviews and see which companies we consider to be the best.

What company is your hard-wired system through? 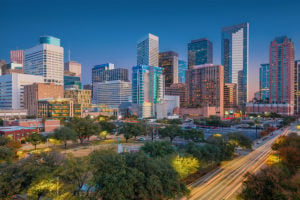