skip to main content
We may earn money when you click on our links. Learn More.
Get Home Security
Home » Safety » MobileHelp Review—Protect Your Loved Ones Even When You Can’t Be There

By Brianna Jensen
Contributing Writer
See all articles
Share Article
MobileHelp
MobileHelp
Our rating:
3.7 out of 5.0

MobileHelp has great customer service and a good reputation. Equipment is easy to set up and plans are simple. Drawbacks include the lack of two-way audio on wearables and the limited range of the equipment. The other issue is that, while MobileHelp’s monitoring plans aren’t unreasonably priced, they are a little on the expensive side when compared to the competition. 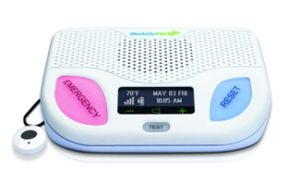 Choosing a company to trust with such a large responsibility can be tricky, but we’re here to help.

MobileHelp is one of many medical alert systems on the market. Keep reading to find out what it does well, how it could improve, and whether it is the right system for your needs.

What stands out about MobileHelp

There’s a lot to like about MobileHelp, which is why the list of pros above is so long. Two of our favorite things about the company are its great customer service and its simple packages. 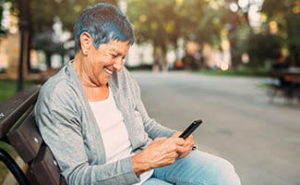 Customer service is a big deal when your health and safety are concerned. Fortunately, MobileHelp excels in this area. We were especially impressed when we talked to customer service reps online. They answered all our questions thoroughly without once trying to push a sale.

Other customers are also happy with MobileHelp—online reviews of the company are overwhelmingly positive—that’s particularly impressive since online reviews often skew negative. Many of the reviews we read talked about how helpful the customer service representatives were.

MobileHelp keeps packages simple—there are just three options. And since all of them are cellular systems, they’re all easy to set up and easy to use.

Our two biggest hang-ups about MobileHelp are the high price of fall detection and the equipment’s limited range.

So why do we care so much about fall detection?

Because falls are a common issue for older adults, and one in five falls results in a serious injury (sometimes even brain injury).1 In fact, according to the World Health Organization (WHO), falls are the second leading cause of accidental injury deaths around the world.2

Because falls are such a serious threat, we think MobileHelp could add a lot of value by making fall detection more affordable.

Range is important because it makes it easier to stay active and enjoy the things you love. While the range on MobileHelp equipment is adequate, it could be better. Medical Guardian, LifeFone, and Bay Alarm Medical all offer equipment with more range than MobileHelp. Improving this would give customers more freedom and would help MobileHelp match the competition.

Please note—the prices listed here are for month-to-month service. You can save by paying quarterly, semiannually, or annually. If at any point you decide to cancel your service, you will receive a prorated refund for the unused service.

While the Duo package is a little more expensive, it gives you the most flexibility. The Classic package won’t give you protection outside your home. The Solo package gives you mobility  since you can take the mobile device with you when you drive to the store or go on a walk around the neighborhood, but it doesn’t have the range to offer complete protection at home. The Duo gives you a home base and a mobile device, so you get the most freedom. MobileHelp also offers a less expensive package for $19.95 a month, but it includes a one-time activation fee and is only available when you call in and speak to a rep.

Please note that all the equipment operates on a cellular network supported by AT&T. If there isn’t good AT&T coverage in your area, MobileHelp’s equipment may not work for you.

Most of the reviews we found for MobileHelp were positive—something that is honestly pretty impressive since online reviews often revolve around negative experiences.

Many of the positive reviews we read talked about how comfortable the pendants and watches are and how great the customer service is. Customers also talked about feeling less stressed out about being alone and being active.

Negative reviews mentioned issues with AT&T’s coverage and the short range of the equipment.

“I got a medical alert device because it was more mobile than anybody else. I’m not in my house all the time and I have a good-sized piece of land. Besides that, I go to other places so I needed to have something that would work away from home. I’m 73 and have all sorts of problems with my back secondary to surgery. I have some balance issues too. Should I fall outside my home, I need to be able to get a hold of somebody. I was very happy with the MobileHelp device because it’s certainly comfortable to wear the thing around my neck, and the security of having that little mobile piece was great.”

“My mother has had her MobileHelp for a year now. I walked her and my step dad through how to use it five times before they got it. If we don't understand something, we tell the reps and they explain it again. They understand that my parents are a little forgetful and they have been nothing but perfect on the phone and over the system. Plus, they are very helpful when they walk us through the steps. Every now and then, my mom ends up hitting the button by accident. She'll talk to the people or they'll start talking to her over the system if she doesn't hit it and hold it in time. They've got it down pat though. Also, none of the calls are routed out of the US.”

“I ride a bicycle at night or really early in the morning plus I have a heart condition and had three aneurysms. My wife also said I needed to have something so I got MobileHelp. It was good for a couple of times. One day, when I was going to use it, I hit the button and it said, "We're trying to connect to somebody". I did it 10 times, but nobody ever answered. Then I thought, it happened like that once before when I called the people. I've sent it back now because it was on the AT&T system, and AT&T doesn't work that good in my area. The lady I talked to was very nice and helpful. I told her I don't have a reason to pay $119 for something I'm not able to use. She didn't argue and she sent me the mail, the sticker and I sent it back to them at no charge. All in all, it's good if you got the right connection.”

“We are disappointed with MobileHelp because it doesn’t work past 300 feet. When we got the product my husband called and verified it with them. Their advertisements have suggested that the product can be used out and about, and we think that’s a bit false. I think it’s not unique to the one we have, and that it’s standard with all of their devices.”

A medical alert system’s primary purpose is to provide access to quick help if there’s ever a medical emergency. However, a good system should be able to do this while letting you stay as active and independent as you’d like—you should be able to visit friends and family, go on walks with your neighbors, work in your garden, and travel without worrying. 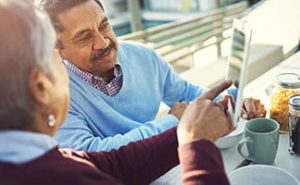 That’s why we suggest getting the Duo package if you choose MobileHelp. It gives you freedom and mobility while also giving you a base station at home. While the Solo package protects you when you’re on the go, it doesn’t have enough range to work all over your house. The Classic package, by comparison, can cover your home but doesn’t protect you when you’re away.

No matter which package you choose, we strongly recommend adding fall detection.

While we’re happy with MobileHelp, we should point out that it isn’t our first choice. Our top pick—Medical Guardian—is about the same price, but it offers more range and wearables with two-way audio. You can also get cheaper fall detection from either LifeFone or Bay Alarm Medical. To learn more about your options, check out our post about the best medical alert systems.

Have you purchased a medical alert system for yourself or a loved one? Please share your experiences in the comments below!