skip to main content
We may earn money when you click on our links. Learn More.
Get Home Security
Home » Safety » Vehicle Theft Prevention: Top Cities for Car Theft in 2019 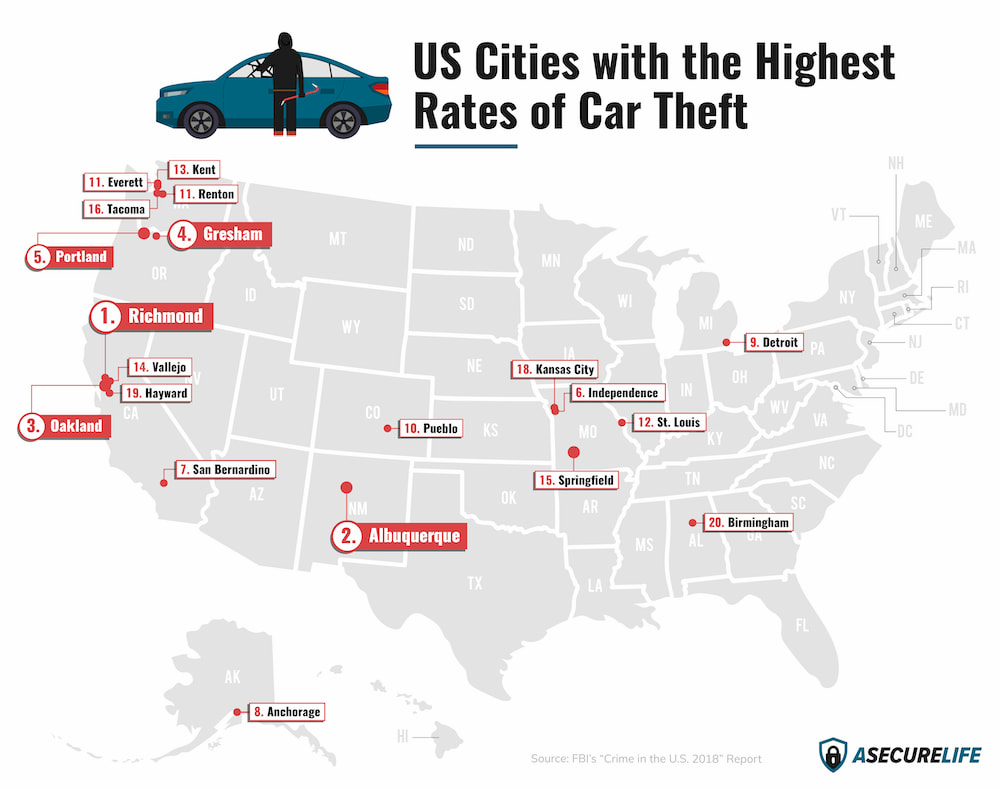 A vehicle is stolen about every 40 seconds in the United States, and 40% of them are never recovered.1 Fortunately, by being careful and knowing your risks, you can take steps to prevent car theft. For example, knowing that certain makes and models are easier to break into than others and that older cars typically have fewer security measures to deter car thieves lets you know how much security you need.

For vehicle theft prevention month, our data analysts looked at FBI crime reports to gather data on motor vehicle thefts in the US—focusing specifically on cities with a population of 100,000 or more. Read on to see where your city ranks, plus what steps you should take if your car is ever stolen.

We published this piece in September 2019 and it quickly became outdated when the FBI released new crime reports shortly thereafter. We’ve updated the data accordingly.

Top 20 metro cities with the most car thefts

Car theft is more common for cities out west

If you live in the western US, you’re at a higher risk for car theft than on the East Coast, in the Midwest, or in southern states—a trend that has stayed the same since the last time we reported on car theft.

In fact, 14 of the top 20 cities for car theft are found out west. That’s probably because the West is generally more car-dependent than other parts of the country. Cities are often more spread out and lack the public transportation infrastructure that you find in cities farther east. (New York City, for example, ranks 13th for fewest car thefts.)

So unfortunately for those living out west, not only are you more likely to become a victim of vehicle theft, but having your car stolen is even more of a hassle than in places with better public transportation options.

If you drive a Honda in one of our top 20 metro cities for car theft, you’re at the highest risk for having your vehicle stolen. The 2000 Civic and 1997 Accord, respectively, topped the National Insurance Crime Bureau’s list for car models most likely to be stolen in 2018.2

Pickups are vulnerable too

Pickup trucks are at a high risk of being stolen too. Nearly half of the top 10 most stolen vehicles are full-sized pickup trucks from Ford, Chevrolet, Dodge, and GMC.

The South is safest

With nine cities listed in the 20 safest, the South ranks as the safest region in the country when it comes to car theft. Texas is particularly safe: seven of its cities rank in the top 20 cities with fewest car thefts. The East Coast and Midwest both come in second, with four cities apiece in the top 20. And Naperville, Illinois, ranks as the safest metropolitan city in the country with 26.3 car thefts per 100,000 people.

The time of year counts. Vehicle theft during the summer months is common.3 Thefts also go up around certain holidays: 22,770 vehicles were reported stolen on the 11 major holidays in 2017.4 New Year’s Day, President’s Day, and Halloween saw the most car thefts.

Even leaving your keys available in a public spot—like in an unlocked gym locker—puts you at risk. Keep your keys out of the public eye to keep them out of thieves’ hands.

Technology has changed, but the things that thieves look for haven’t. Thieves still look for easy targets. Your car is more likely to be stolen if it’s unlocked, parked in a dark spot of the street, or even left running to get the A/C started on a warm day.

Thieves look for both car parts and valuables. They’re not picky, just looking for whatever sells. That usually includes popular vehicle parts, such as body panels and moldings, wheels, and headlights, or valuables, like radios, cellphones, iPads, laptops, and purses.

How can you better protect your car from getting stolen?

Whether or not you live in an area prone to car theft, it’s worth taking some extra precautions to reduce your risk. Car thieves look for easy wins first, so if you take the right measures, you’re far more likely to avoid the headache of having your car stolen. Of course, the easiest thing you can do is lock your doors and roll up your windows when you leave your car, but we’ll cover a few more tips to prevent car theft.

Don’t hide a spare key in your car

While it might seem like a good idea, it’s best not to keep a spare key hidden in your car. At the very least, make sure the spare key is uniquely hidden, as professional car thieves know the most common hiding spots for spare keys. Similarly, if you have a key with a fob, don’t carry the fob around with the key locked inside the car. That would make stealing your vehicle as easy as breaking a window.

Car thieves prefer dark, quiet places where they’re less likely to be seen in the act. Keep that in mind when you’re out and about at night, and try to park in well-lit spaces, especially if they’re heavily trafficked by other cars and passersby.

Keep valuables out of sight

Nothing will attract a break-in more than leaving valuables visible inside your car. While it’s best to keep valuables out of the car as much as possible, make sure to keep expensive items hidden in the trunk or out of plain sight so you don’t draw extra attention to your vehicle.

Be careful with personal information

Identity theft is a fairly common byproduct of car theft. Instead of leaving your registration and title inside your car, consider keeping your registration hidden somewhere other than your glove box and your vehicle title safely at home. Both can be used to steal your identity.

Plus, your vehicle registration has your address on it, which could lead a car thief back to your home, especially if they find a garage door opener or a house key inside your vehicle.

Invest in an antitheft device

Thieves tend to stay away from cars with obvious antitheft technology. Warning devices like audible alarms, steering wheel locks, or brake pedal locks can help deter thieves and encourage them to move on. Immobilizing devices like fuse cutoffs and kill switches can prevent the car from starting. You can also get a tracking device, like Vivint’s Car Guard, that can send a signal to the police or a monitoring station once your car is reported stolen.

Some local police departments have car theft prevention programs you can benefit from too. The Club—an antitheft device that works by locking your steering wheel—partners with police departments across the US to give away free devices. So if cost is an issue, try reaching out to your local police office and see if they offer a similar program.

Car theft can happen to anyone

The only way to truly eliminate your risk for car theft would be to sell your car and buy a bicycle. But by following the above steps, you can certainly better your odds. If your car is stolen, try to remain calm, and both your insurance company and the authorities will help you. 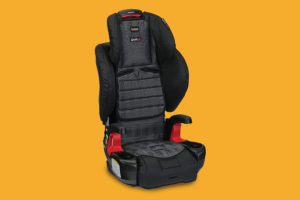 What is the Best Car Seat? Chicco vs. Britax vs. Graco
By
Rachael Clemmons 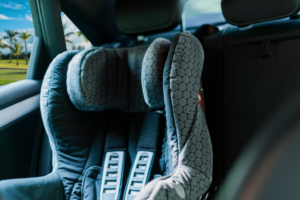 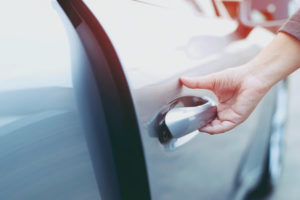 Keep Your Car from Being Stolen: Anti-Theft Devices and Tips
By
Kate Herrick 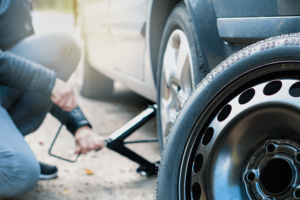 Emergency Car Kit Checklist: 27 Items You Need to Keep in Your Car
By
Brianne Sandorf