skip to main content
We may earn money when you click on our links. Learn More.
Get Home Security
Home » Online Security » Webroot SecureAnywhere Review: Get Cloud-Based Antivirus Protection

If you’re looking for an affordable and reliable antivirus solution, look no further. Webroot’s cloud-based malware protection won’t take up precious space on your devices, plus you’ll get access to standout features like identity protection and cloud storage.

Webroot SecureAnywhere Antivirus
Our rating:
4.7 out of 5.0

Overview
Webroot is reliable, affordable, and superfast antivirus protection. It’s cloud-based, it’s easy to install, it takes up relatively little storage space, and it’s fast. Plus, it covers both PCs and Macs at its lowest tier, and smartphones and tablets at its highest two tiers.

Plus, if you’re not satisfied within the first 70 days, Webroot will give you your money back.

But it’s missing a couple of key features. You won’t get parental control or limited VPN access, for example. Still, it’s one of our top antivirus recommendations. Read on for more.

Webroot is a Colorado-based internet security company that provides services for consumers and businesses. Its cloud-based software offers real-time protection against malware, including viruses, online threats, and other digital baddies.

*Standard retail prices as of 10/4/2019. Prices and availability are subject to change and may vary by retailer.
**Promotional pricing for first year.

Pros and cons of Webroot SecureAnywhere

Why we recommend SecureAnywhere Antivirus

Even though it’s Webroot’s most basic plan, SecureAnywhere Antivirus is chockablock with the kind of features that other antivirus programs, like Avast, offer only at their higher tiers. You’ll get the basics (like advanced real-time protection for PCs and Macs) plus some impressive bonuses like real-time anti-phishing and a robust firewall.

Webcam protection
Webroot SecureAnywhere keeps your computer safe from hackers and the like by proactively detecting, blocking, and removing malware that could potentially take over your computer’s camera. It’s a useful feature that’s ideal for an added reassurance of privacy.

Firewall
SecureAnywhere Antivirus keeps an eye on ingoing and outgoing network traffic with a firewall and network connection monitor. Other brands offer access to a firewall only at their more expensive tiers. Take Avast, for example: now that Avast Internet Security has been folded into Avast’s highest tier plan, Avast Premium Security, you’ll have to shell out $79.99 a year for firewall access.

Webroot’s base plan is super affordable. To cover one PC or Mac, you’ll pay $29.99 a year for the first 12 months, then $39.99 a year after that. If you want to share your subscription with someone else in your home—your teenager who just got their first laptop or your partner who can’t stop playing The Sims—Webroot will cover up to three computers for $37.49 a year for the first 12 months. That price goes up to $49.99 per year after that.

Those figures are pretty similar to other antivirus products at the same tier.

>> Do it for the RAM. Get Webroot SecureAnywhere Antivirus.

Why we recommend Webroot SecureAnywhere Internet Security Plus

Webroot SecureAnywhere Internet Security Plus takes the substantial features of Webroot Antivirus and adds password protection and security for smartphones and tablets. You’ll also get access to Webroot’s Identity Shield feature, which keeps you safe when you’re shopping, browsing, and keeping up with social media.

Password manager
SecureAnywhere Internet Security Plus keeps sensitive information like your usernames, passwords, and credit card information encrypted. This feature works twofold: it protects your online identity, and stores your passwords in a safe, easily accessible place so you won’t forget them.

Mobile security
You can also secure your iOS and Android devices. On your phone or tablet, Webroot looks out for malicious websites and potential phishing attacks and blocks them so you can browse securely.

Identity Shield
Webroot Identity Shield protects your data while you’re shopping online. It looks out for Trojans (software that looks fine but is actually malicious) and phishing sites, and blocks attempts to gain personal information, like your credit card number.

SecureAnywhere Internet Security Plus lets you cover either three devices or five. For $44.99 per year, you can get coverage for three devices—any combination of PCs, Macs, smartphones, or tablets. After the first 12 months, the price goes up to $59.99 a year. To cover five devices, you’ll pay $69.99 a year, with no promotional pricing for the first year.

You may see Webroot’s SecureAnywhere Internet Security Plus subscription called Webroot Antivirus Plus, but don’t worry! It’s all the same thing.

ASecureLife’s recommendation: If you like Webroot but want to keep your mobile devices covered, SecureAnywhere Internet Security Plus should be a good fit. You can protect up to five devices, and you’ll get bonus features like a password manager and extra protection for your personal information.

SecureAnywhere Internet Security Complete tops off Antivirus Plus with coverage for up to five devices, 25 GB of secure cloud storage, and a system optimizer that keeps your devices tidy.

Cloud storage
SecureAnywhere Internet Security Complete gives you access to 25 GB of secure cloud storage—that’s equivalent to about 7,000 photos or 100 hours of video—that you can access from anywhere. It’s a good way to keep your most treasured files safe, just in case you lose your phone or your Mac gives you the dreaded rainbow wheel of death.

System optimizer
Webroot’s system optimizer eliminates your internet footprint by erasing your online activity. That includes browsing history and any temporary files or cookies. It also gives your devices a little TLC by deleting files you tell it are unnecessary and recovering hard-drive space.

In terms of price, Webroot is right in line with the competition competitors like AVG Ultimate covers an unlimited number of PC, Mac, or Android devices but charges more for less coverage.

ASecureLife’s recommendation: Antivirus Complete has some extra nice-to-haves that are, well, nice to have if you need to cover a multitude of devices or if you have an older computer that needs extra attention. It will optimize your system while giving you enough coverage for the whole family.

Does Webroot offer a VPN?

Webroot doesn’t offer a virtual private network (VPN) as part of its antivirus software, but you can purchase one separately with Webroot Wi-Fi Security. You’ll get VPN protection for your PC, Mac, Android, and iOS devices, keeping your IP address hidden as you browse—even on unsecured Wi-Fi networks. You’ll also get some extra defense against spyware and risky websites.

Fortunately, you can typically bundle Webroot Wi-Fi Security with your antivirus package of choice. Unfortunately, it still gets a bit pricey: To cover three devices with Secure Anywhere Internet Security Plus and Webroot Wi-Fi Security, you’ll pay $69.98 per year for the first year, which isn’t so bad. But the price will go up to $119.98 a year after the first 12 months.

Webroot has many satisfied customers. Users are impressed with its ease of use and how light and fast the software works on their devices.

If you have any issues, you can troubleshoot your problem in a few different ways. If you’re willing to work it out yourself, you can use Webroot’s knowledge base. Just type in a few keywords, like “Mac installation,” and the knowledge base will ask questions for clarification and then direct you to a helpful article.

If you want to get in touch with an actual human, you have two options. You can message support and receive a personalized answer from a Webroot support engineer.

You can also talk to a customer support representative over the phone from Monday through Friday, 8:00 a.m. to 5:00 p.m. (MST). If you need to cancel, it’s best to practice patience: some users describe a bit of a runaround when trying to do so.

Webroot SecureAnywhere vs. the competition

*Standard retail prices as of 10/4/2019. Prices and availability are subject to change and may vary by retailer.
**Promotional pricing for first year.

Webroot and Bitdefender have a lot in common. Bitdefender offers a free tier that Webroot doesn’t offer. It’s limited—it covers only Windows operating systems and doesn’t have firewall protection—but it’s not nothing.

If you want something more comprehensive, consider Bitdefender Internet Security. You’ll get parental controls, file encryption for sensitive documents, and access to a limited VPN.

As far as antivirus software goes, Norton is on the expensive side. It offers some good features, but you can get only one license per subscription at $39.99 per month. Webroot gives you the option of covering one device starting at $29.99 per year or three devices for $37.49 per year.

You can get a limited version of AVG for free or get robust coverage starting at $79.99 per year. You won’t get a firewall with AVG’s free version, but you can cover your Android device—something Webroot’s cheapest plan doesn’t do.

To read more on how Webroot compares to other antivirus software, take a look at our picks for the best antivirus protection.

Is Webroot a good antivirus software?

If you’re looking for simplified antivirus protection, Webroot is a great antivirus software. It offers solid, reliable coverage with some surprisingly advanced features—even at its lowest tier.

Most people will be satisfied with Webroot SecureAnywhere Internet Security Plus. You’ll get some good basics, like real-time malware detection and phishing protection, plus more advanced tech like a password manager and a secure firewall to make sure no harmful software makes its way to your devices. 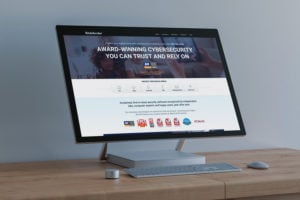 2020’s Best Antivirus Protection for Your PC: Bitdefender vs. Webroot vs. Norton vs. Avast
By
Rachael Clemmons 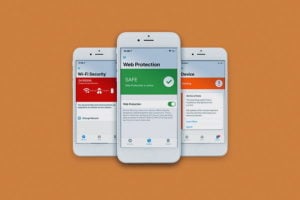 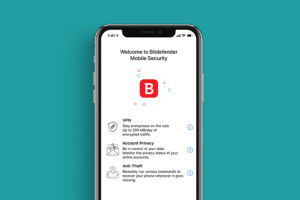 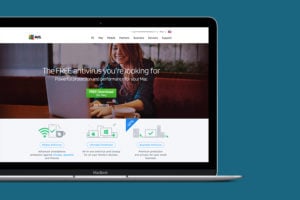 AVG Reviews: Is the Antivirus Giant a Go?
By
Rachael Clemmons