skip to main content
We may earn money when you click on our links. Learn More.
Get Home Security
Home » Smart Home » The Best Surge Protectors to Keep Your Electronics Safe

The Best Surge Protectors to Keep Your Electronics Safe

Tripp Lite 1-Outlet
$10.00
Portability
Low price
Line noise filtering
View on Amazon
*Standard retail prices as of 9/15/2019. Prices and availability are subject to change and can vary by retailer. 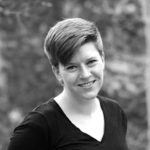 An ounce of prevention is worth a pound of cure—especially when it comes to protecting your expensive electronic devices from power surges. Without a surge protector, a sudden spike of electricity could fry your television (not to mention your computer, your gaming console, or even your Amazon Alexa). You can safeguard your electronic devices against such damages by plugging them into a good surge protector.

Keep reading to see what makes our top picks stand out—and what you should know before you buy.

In choosing the best surge protectors, we looked for units with good safety ratings, flexible usage options, excellent customer reviews, and useful extra features. These five stood out from the rest.

*Standard retail prices as of 9/15/2019. Prices and availability are subject to change and can vary by retailer.
All five of our favorite surge protectors offer good protection at a reasonable cost, but their different features mean that one might work better for you than the others. To help you make an informed decision, we’ve broken down the pros and cons of each and described what makes it stand out from the pack.

The Tripp Lite 10 Outlet doesn’t have the best outlet layout or the highest energy rating—though both are still very good. But it does offer a unique feature that puts it at the top of our list: when this surge protector can no longer offer adequate protection after an overload, it automatically shuts off power to connected devices. Doing so helps keep your devices safe if there’s another surge. This added safety measure, particularly when combined with its good design, makes the Tripp Lite 10 Outlet our favorite surge protector.

This Belkin surge protector offers the most versatile outlet layout and the highest energy rating of our picks. As the name suggests, the Belkin Pivot Plug has plugs that change angle by swiveling. This makes it easy to plug in all your devices—including those with bulky power blocks or transformers. With 12 outlets, you should have no problem protecting your entire entertainment center.

If you want to save power while protecting your devices, consider the APC 11-Outlet surge protector. Its unique design features a “master outlet” that controls seven of the remaining outlets. When you turn off the device in the master outlet, the APC 11-Outlet cuts power to those seven outlets. For example, if you plug your TV into the master outlet and your speakers, Blu-ray player, and gaming console into the controlled outlets, your periphery devices will get power only if the TV is on.

We love the APC’s energy-saving abilities and its well-spaced outlets (though the design lacks the cleverness of our Belkin pick above). Some customers report difficulty plugging things into the outlets, and we wish it had the automatic shutoff of our top pick. Still, if you care about saving energy, the APC 11-Outlet Surge Protector offers the easiest way to do so.

The Eaton CHSPT2ULTRA costs the most of our picks, usually around $100, but whole-house protection justifies the price. Keep in mind that the Eaton CHSPT2ULTRA must be hardwired, so you may also need to pay for installation. While you can do it yourself, we recommend you hire an electrician to install it for you. This will not only keep you safe but also keep your warranty intact.

The Tripp Lite Direct Plug-in has just one outlet, making it a perfect choice to use while traveling or whenever you need to plug in just one device. Don’t be deceived by this surge protector’s small size and affordability—it still offers adequate protection for your devices.

Of course, if you’re trying to protect all your entertainment devices or your computer and its peripheries, you’ll probably want more than one outlet, in which case this might not be the surge protector for you. But if you want to safely plug in your laptop in hotel rooms or other locations, the Tripp Lite Direct Plug-in provides affordable and highly mobile protection.

As smart homes become more and more common, it’s no surprise that “smart” surge protectors have entered the market. These surge protectors are meant to work with your home automation system or your security system, offering you more control over your devices. Unfortunately, the technology just isn’t there yet. Smart surge protectors universally receive poor reviews, with customers complaining about connection problems and glitchy apps.

We expect quality to improve as more companies develop smart surge protectors. Until then, consider using smart plugs with a whole-house surge protector like the Eaton CHSPT2ULTRA, or simply plug your smart devices into a power strip surge protector.

Ready to start protecting your electronic devices? Here’s some more information that can help you decide which of our best-rated surge protectors is right for your home.

Why you need a surge protector 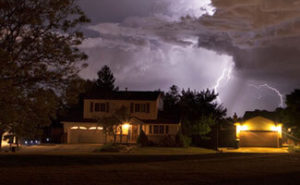 Fortunately, a surge protector can protect against other, more common surge sources. Often, a power surge comes from within your own home—it can even be caused by your own devices. Other times, it comes from the external electrical grid. While these sources might not sound as memorable as a lightning strike, they can definitely destroy your devices.

Power strip surge protectors are the most common. They’re affordable, they provide extra outlets, and they’re easy to use—just plug them into a wall and plug your devices in. They’re a good choice for most homes, especially if the devices you want to protect are close together.

Direct plug-in surge protectors function just like power strip surge protectors, except they don’t have a cord and usually have just one or two outlets. They’re best for on-the-go use, but they can also be useful if you need to protect only one device or if you don’t want the bulk of a power strip.

For maximum protection, you can double up by using a whole-house surge protector plus power strip or plug-in surge protectors. This method lets you protect all your devices while providing extra protection to any delicate or sensitive devices.

Remember, surge protectors don’t last forever. A surge protector keeps your equipment safe by taking the brunt of a power spike, sacrificing its own integrity to preserve your devices. Your surge protector might survive a few surges, but it will eventually stop protecting.

You can’t predict when your home will be hit by an energy surge, but you can guard against it. Each of our five favorite surge protectors provides an excellent way to preemptively protect your important electronics. Whether you choose a whole-house protector or a power strip, a little prevention today can go a long way tomorrow.

Written by
Chloe Gawrych
With her years of writing experience, Chloe strives to make complex topics both accessible and applicable to her readers. She believes that people everywhere deserve to feel safe and secure, so she works to provide actionable information that will help her readers protect what’s most important to them.