skip to main content
We may earn money when you click on our links. Learn More.
Get Home Security
Home » Home Security » Protect America Review—The Best Alternative to Cellular Monitoring

Protect America is one of the few security companies to offer landline and broadband monitoring—important if you live in a rural area. Monitoring plans include basic equipment, but some plans are higher priced than competitors.

Overview
Protect America offers some of the best alternatives to cellular monitoring—unique in an industry that is moving toward offering exclusively cellular coverage plans.

Why does this matter? Because you may live in an area that doesn’t have great cell coverage. And if that’s the case you’re going to need a security system with more options.

We appreciate Protect America’s dedication to providing security to customers in every part of the country. To help you decide if it’s the right option for your home, we’ll highlight what Protect America does best and where it falls short.

Protect America’s package structure is a bit different than most other security companies. The cost of your plan will depend on which type of monitoring you choose and how many sensors you want. Different types of monitoring support different features.

Data effective 12/20/2019. Offers and availability subject to change.
*Plan prices vary depending on number of sensors.
A note about Protect America plans

The plans listed above are Protect America’s main offerings, but it offers more options that it doesn’t list on its site. We don’t have all the details about these plans, but you can contact Protect America to ask about alternate options.

As mentioned earlier, Protect America’s prices depend on the type of monitoring you choose and the number of sensors in a package. Here’s a breakdown of what plans costs each month.

While monitoring prices could be better, Protect America keeps initial setup costs low. The monitoring plan you choose will include a base set of equipment at no extra cost. And since you install your equipment yourself, you don’t have to pay installation fees like you would if you chose a Vivint or ADT plan. There’s also no activation fee, which some other companies charge even for DIY install systems.

Your features will depend on which type of monitoring you pick, but Protect America offers features we look out for like home automation integration and mobile access.

Protect America’s equipment selection is solid but not standout. You can get motion detectors, door and window sensors, security cameras, water leak detectors, and more. All the basics you’d expect.

But this shouldn’t be a big deterrent. Protect America’s systems are compatible with Amazon Alexa and third-party Z-Wave home automation equipment, so you can still add on smart home equipment if you’d like and sync it with your security system.
However, Protect America is a little behind competitors like Vivint that offer higher-end options like doorbell cameras and smart door locks.

Protect America offers a lifetime equipment warranty—as good as it gets.

Your Protect America equipment isn’t going earn compliments for its looks. Frankly, it’s a bit bland looking. But bland will blend in, and door sensors were never meant to be home décor, so we think the simple aesthetics are fine in most homes.

Protect America’s customer service team is available over the phone or through online chat.

These hours are decent—you’ll be able to get help on the weekend or when you’re home from work. But we’ll point out that a lot of security companies have gone further to offer 24/7 customer support, so Protect America is a bit behind.

Protect America’s contracts are 36 months, which is industry standard. If you cancel before the contract is up, you’ll have to pay 100% of the remaining balance. Protect America isn’t the only company with such a strict cancellation policy, but Frontpoint, ADT, and Link Interactive are all more lenient if you need to cancel.

Customer reviews about Protect America are mixed.* We noticed quite a few reviews where customers complain about difficulty installing their systems. However, there are also quite a few reviews detailing great experiences with individual customer support representatives.

*Based on reviews from Consumer Affairs and the Better Business Bureau.

When we called to learn more about Protect America systems, reps were friendly and informative. In fact, the rep we talked to went and above and beyond by offering custom recommendations after looking at the address of the home we called about on Google Maps.
The representative we chatted with noticed there was a large window at the front of the house and suggested switching out a standard motion sensor for a glass break detector instead to keep the home more secure. And Protect America was happy to make that swap without charging anything extra. We were impressed by such a thoughtful, personalized touch.

Protect America isn’t our favorite, but it’s a solid option if you need an alternative to cellular monitoring. The broadband option is especially unique in the security industry. If Protect America sounds like the best option for your home, check out plans here. If you live in an area with good cell coverage, we suggest exploring your options a bit further. You can learn more about other security companies in our roundup of the best security systems. 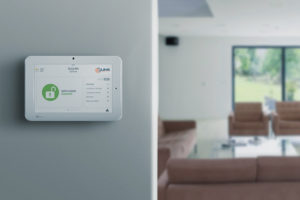 The Best Wireless Home Security Systems of 2020
By
Rachael Clemmons

The 10 Best Home Security Systems of 2020
By
Brianne Sandorf 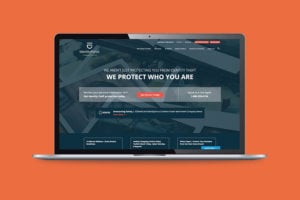 The 5 Best Credit Monitoring Services of 2020
By
John Carlsen

Sign up for tech deals, security reviews, and updates in your inbox.